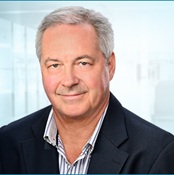 Dr Zicat originates from Canada, where he studied physics and then medicine at McGill University, in Montreal. Dr Zicat did his orthopaedic training at The University of Western Ontario, in London, Ontario. Following this, Dr Zicat did specialty fellowship training in hip and knee replacement and revision surgery in Sydney, and Washington, DC.

Dr Zicat has extensive experience in surgery of the hip and knee, including arthroscopy, hip and knee replacement and revision surgery, and trauma of the lower limb. Dr Zicat has been in practice in Sydney for over 20 years, and works at the Mater Hospital in North Sydney, Concord Hospital and MacQuarie University Hospital.

Dr Zicat is able to provide treatment to both public and private patients, and sees patients in both his private rooms and Concord Hospital orthopaedic clinic.

1995 present : Specialist Certification in Orthopaedics, Fellow of the Royal Australasian College of Surgeons

1990 - 2010 : Specialist Certification in Orthopaedics, Fellow of the Royal College of Surgeons, Canada

1988 - 1997 : General Medical Licence, College of Physicians and Surgeons of Ontario